Please review and manage the Cookie settings below. Apart from 'Strictly necessary cookies', you can change other cookie settings if present, at any time by clicking the 'Cookie Settings' link in the footer of the page.

IE10 and below are not supported. 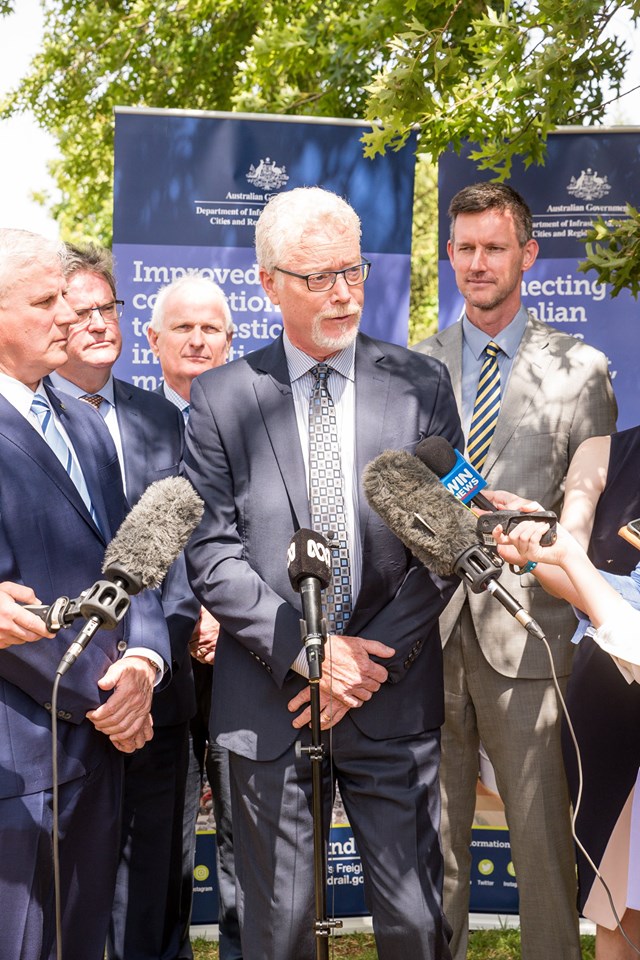 The Australian and Queensland Governments signed a bilateral agreement in Toowoomba today allowing the multi-billion-dollar Inland Rail project to move towards construction in Queensland.

With Queensland now officially signed up, all three eastern states are committed to the delivery of the nationally significant project. The new agreement provides consent for the Australian Rail Track Corporation (ARTC) to deliver Inland Rail in Queensland.

Inland Rail Chief Executive Richard Wankmuller said the signing of the bilateral agreement was a landmark moment in the delivery of the project.

“It’s a really exciting project, and with construction underway in NSW, we already know how Inland Rail will create jobs and investment opportunities as well as addressing Australia's future freight challenges.”

Mr Wankmuller said the agreement paves the way for the delivery of Inland Rail in Queensland.

“Inland Rail will provide the critical infrastructure needed to ensure Australia remains competitive by ensuring our freight and supply chain is modernised and productive to deal with the expected doubling of the freight task over the next 20 years.”

“As we’ve seen so successfully in regional towns like Parkes in NSW, Inland Rail has the potential to reinvigorate regional Queensland well beyond the thousands of jobs that will be created during the construction phase,” Mr Wankmuller said.

“We look forward to getting on with the job of delivering Inland Rail here in Queensland. The Australian Rail Track Corporation’s Inland Rail headquarters are in Brisbane and there are Queensland businesses already delivering services for this project.”

At the peak of construction, the Inland Rail project will bring more than 7000 jobs to South East Queensland and will create a national asset that will continue to serve Australia for generations to come.

The Queensland section of Inland Rail is around 21% of the total length of the project with more than $6 billion to be invested in the State during the project build.

“We know that between now and 2046, Brisbane’s population is projected to grow by 1.6 million to four million, meaning the Brisbane of the future will be nearly the size of Sydney today. With one of the strongest and most consistent growth rates of anywhere in the Australia, the south east of Queensland needs to act now to ensure the best possible future outcomes,” Mr Wankmuller said.

“The next step will be the release of reference designs for the project from the Queensland Border to Toowoomba released early next year and we really look forward to hearing comments from the public on that.”